norfolk white said:
Didn't we get him from Cardiff City and was he out injured as soon as we signed him? Or am I thinking of someone else?
Click to expand...

Peter is Welsh but he came to North End from Brighton. I can't think of anyone we got from Cardiff who was a crock.
B

No Danger said:
Did he used to have the Bell on Church Street?
Click to expand...

Sid Snot said:
Peter is Welsh but he came to North End from Brighton. I can't think of anyone we got from Cardiff who was a crock.
Click to expand...

Thank you for the slap up the back of the head

LancasterRed said:
Jimmy Corcoran has traveled to Andorra for Dundalk's Europa League qualifier against Inter Escaldes. I never knew he was part of the first team for 6 months... https://www.dundalkfc.com/corcoran-enjoying-some-home-comforts-at-dundalk/

Keep an eye out for Jordan Flores, their #6, if you're watching.
Click to expand...

Jimmy didn't make the 18 but Andy Boyle did and was sent off.

beagleman said:
Talking to Pete Sayer in launderette tonight... He was in Nobbys squad.... Cracking bloke ...
Click to expand...

He used to go in the Ferret quite a bit.
M

LancasterRed said:
Jimmy didn't make the 18 but Andy Boyle did and was sent off.
Click to expand...

Seanan Clucas (an ex north end youth product) also got sent off in the qualifiers. Possibly against Motherwell but not 100% on that.
J

He plays for Glentoran, shortly to become my new nearest team.

More controversially, they’ve signed a fella who’s just been released for distributing rude pictures of his then 16 year old girlfriend. 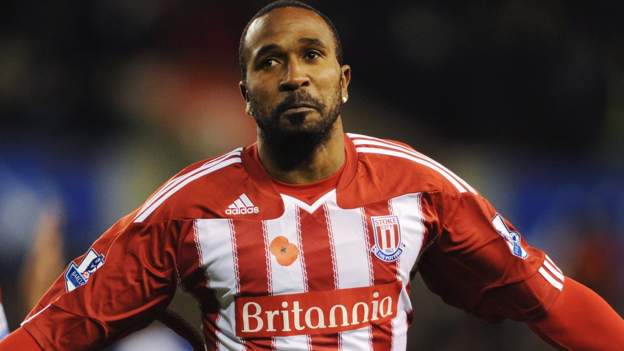 Ninth tier Hanley Town reach the FA Cup second qualifying round for the first time in their history thanks to a goal from a former Premier League striker.

He plays for Glentoran, shortly to become my new nearest team.

More controversially, they’ve signed a fella who’s just been released for distributing rude pictures of his then 16 year old girlfriend.
Click to expand...

Proper old school ground the Oval. Can remember watching Sean Gregan getting sent off for an elbow in a pre season friendly. The Welders club close by was lively and fun.
B

No Danger said:
Did he used to have the Bell on Church Street?
Click to expand...

He did yes.... Played against him in the LEP Sunday league in the 90's when he ran the Blue Bell FC team. Graham Houston & Andy McAteer also in the same team. You didnt want to be next to him in the showers !

Patron
Tyler Williams is the latest of the 19/20 youth team crop to go pro, as he signs for Middlesbrough

In sorry but if they are paying £950 to a player in the 6th tier they deserve everything they get. Situation of their own creation

paddysr said:
In sorry but if they are paying £950 to a player in the 6th tier they deserve everything they get. Situation of their own creation
Click to expand...

How is Covid-19 shutting down the league a "situation of their own creation"?
M

paddysr said:
In sorry but if they are paying £950 to a player in the 6th tier they deserve everything they get. Situation of their own creation
Click to expand...

Ive started another thread on this, apologies hadnt seen this.

Fylde, for me, have no right to reveal anybodies wages whatever their dispute with him. Ive said this for a long time that Ive never undertood the love in with Fylde, theyre a totally classless bunch of bitter ex lasher wasters.
J

As it's billed as "a story that all fans, not only those at Fylde, deserve to hear", I doubt they'll mind if we reproduce it here:

The Ryan Croasdale Story – The Unacceptable Face of Football.

On Tuesday of this week, the FA terminated the playing contract of Ryan Croasdale with AFC Fylde. He has left the club following an appeal panel ruling in his favour, therefore making him a free agent.

How this has all transpired is a story that all fans, not only those at Fylde, deserve to hear.

It all started back in April when the full impact of Covid became apparent and the season was cancelled. An emergency meeting was held between the Chief Executive, Jonty Castle, the Manager Jim Bentley and owner David Haythornthwaite. Discussions took place on what we should do with regard to the situation and in particular players wages. It was clear that if players weren’t paid that despite the seriousness of the situation, they could, when the time was right for them use this to force a move away.

As this would involve our better players, and those we wanted to protect, the owner believed we should do all we could to “protect” those players by paying them in full even if that was to the detriment of others. The Chief Exec and Manager argued strongly against this and said that after consultation with the players ”they were all in it together” and would accept a “package“ that equated to 80% of their wages. This would be made up through a combination of the Government furlough money plus a further top up from the club.

In Croasdale’s case he was on £950 a week so 80% was £760 a week. The government scheme allowed us to claim back a maximum of £576.92 so the balance of £183.08 would be topped up by the club. This formula was to be used for all the players. After much discussion, this approach was agreed, the players were informed and the appropriate paperwork drawn up and sent to each player. Every single player bar Croasdale eventually signed up to the “new contract”.

Croasdale refused to on the grounds that it would cause his family “severe hardship”.

As has been well documented previously, the players were not required to train or come to the ground. They were totally free to do what they liked, including finding part time or full time work to top up their earnings, if they needed, or wanted to. In fact, the Chairman offed all the players and other employees the chance to work in his business on a packing line at £10.00 per hour and up to 40 hours a week on a day or night shift.

Croasdale turned this offer down, at which time it was then clear for all and sunder to see his intentions and that he would use this at some time, aided and abetted by his agent, to engineer a move away from the club.

Having set out our stall and got the agreement from 16 out of 17 contracted players we obviously couldn’t make exceptions and although he refused to sign the paperwork, we put him on the government job retention scheme where he still received £576.92 a week for the remainder of the summer.

At the start of August we informed the players that pre-season would begin on 24th and they would return to full pay. At this point, Croasdale was forced to show his hand and on 7th August he put in a grievance to the league regarding “not being paid in full”. As soon as pre-season began, he came up with a number of reasons not to participate in full training. The reason being of course, was that he was negotiating with other clubs and didn’t want to risk getting injured. The procedure, is that the initial grievance goes to the National League and after that, if either party is unhappy with the result they can appeal to the FA.

We were extremely confident in our case, everything was well documented and the paper trail clear, but despite all this, our own League failed to support us and held in favour of the player. We were gobsmacked. How, in these uncertain times, when a players intentions were clear could they do this to one of its own members. The least they should have, and could have done was to support us and let the player appeal to the FA. They chose not to.

Incidentally, the reasons given in his grievance and we quote verbatim were

‘The loss of earnings which have accumulated throughout this period have caused severe financial hardship upon my family, this is due to me being the only financial provider in my household. In result I have had to borrow money from family in order to cover my mortgage and monthly outgoings.’

We therefore went to appeal the decision ourselves and were told that due to certain procedural irregularities we couldn’t. Again, our own League fought tooth and nail to try and deny us this appeal. Eventually, we succeeded but their earlier decision was ratified and as of Thursday this week Ryan’s contract was terminated by the FA and he is now free to ply his trade anywhere he chooses. The lucky club who picks him up will do so for free. Fylde fans will remember, we paid Kidderminster Harriers £50,000 for him in 2018.

As the title of the article states, this is “The Unacceptable Face of Football”

We lead you to draw your own conclusions.
Click to expand...

raefil said:
Ive started another thread on this, apologies hadnt seen this.

Fylde, for me, have no right to reveal anybodies wages whatever their dispute with him. Ive said this for a long time that Ive never undertood the love in with Fylde, theyre a totally classless bunch of bitter ex lasher wasters.
Click to expand...