Log in Register
What's new
PNE-Online
Welcome to PNE-Online. Why not register a free account today to become a member! Once signed in, you'll be able to participate on this site by adding your own topics and posts, as well as connect with other members through your own private inbox! You can also join up as a forum Patron to help support in the running costs of the forum.
You are using an out of date browser. It may not display this or other websites correctly.
You should upgrade or use an alternative browser.

Unite says profiteering business `awash with cash’ but wages for some slashed by up to £7,000


Royal Mail managers across the UK are set to take industrial action in a dispute over further attacks on jobs and pay.


The union says that its members have no other option but to take strike action as months of consultation have failed to persuade Royal Mail off a path which Unite says is a `ruinous’ and needless course given that the business is `awash with cash’.


Unite is calling on Royal Mail to recognise that it has to restore jobs because the proposed cuts are so savage they will destroy the service.


Unite general secretary Sharon Graham said: “This business is awash with cash but it is putting profits and dividends for the few at the top ahead of its duties as a public service.
Click to expand...

Although, gladly, this has happened since.

The pressure is working then, which is great.

My sign will remain to show my posties that they have solidarity.

raefil said:
The pressure is working then, which is great.

I have been to Pertemps site, seems they supply Royal Mail workers all the time, as drivers, and sorting.

Be stupid of them to risk a big customer by breaking a strike.

raefil said:
The pressure is working then, which is great.

Location
with the 'rents

Just started a new job in June. Massive pay rise from previous job. Then, within 6 weeks I've been told that my Union (first one I've ever been a member of) have negotiated a pay increase of 13% between now and January.

Up the Unions.
OP 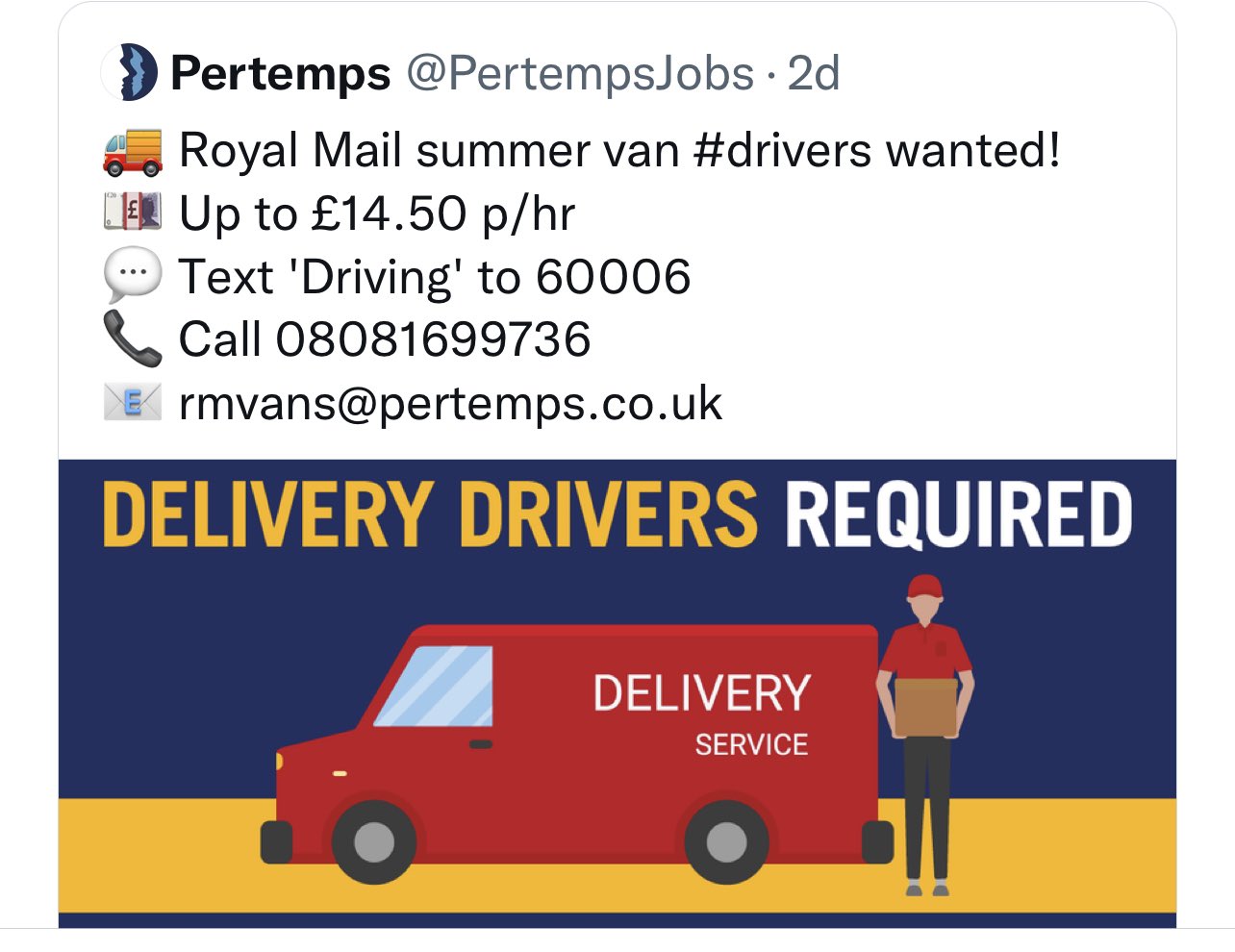 That is disgusting
OP

My nickname used to be lunchbox

Why? They supply Royal Mail all the time. Don't believe everything the Daily Phail posts.

Royal Mail is one of the UK’s best-loved brands. Every day, bringing letters and parcels to people around the country; something that communities across the UK rely on. They are 150,000 strong with 500 years of history and are hugely proud of the service they provide.​

You’ll start your day for an hour or so in the local delivery office, sorting the mail for your route, before taking out your van to complete your round. You’ll each be given a hand-held computer device to capture customer signatures for deliveries and the round will take around four hours to complete. The hand-held computer will also act as your routing system putting your round in the most economical route, telling you which house to go to next.​

Nobber said:
My nickname used to be lunchbox
Click to expand...

You said no point in printing and putting the poster up in solidarity for the posties.

I won't be listening to your suggestion, thanks ☺️

Nobber said:
My nickname used to be lunchbox
Click to expand...

These days, it's 'light snack.'

I suspect local government will be out next. Offered 4% but that's in the context of continued shit pay offers for the last decade.

Winkytinky said:
State of this