Players can be red-carded for deliberately coughing, say Ifab & FA

Patron
Not to be sneezed at.

Players who deliberately cough at other players or match officials can be red-carded, say football's rule-makers and the Football Association.
The International Football Association Board (Ifab) said such and offence fell within "using offence, insulting or abusive language and/or gestures".
It added: "As with all offences, the referee has to make a judgement about the true nature of the offence."
The guidance comes amid the global coronavirus pandemic.
"If it were clearly accidental, then the referee would not take action nor if the 'cough' took place with a large distance between the players," added Ifab.
"However, where it is close enough to be clearly offensive, then the referee can take action."
The FA also issued guidance for grassroots football which will come into force immediately.
In a document, it wrote: "If the incident was not severe enough to merit a sending-off, a caution could be issued for 'unsporting behaviour'."
It added that referees must not look to punish "routine" coughing and "action can only be supported where it is evident it was a clear act against someone else".
In terms of the Premier League and English Football League, there is no written guidance and it would be down to the referee's discretion as to the punishment.
Sharethis page
Click to expand... 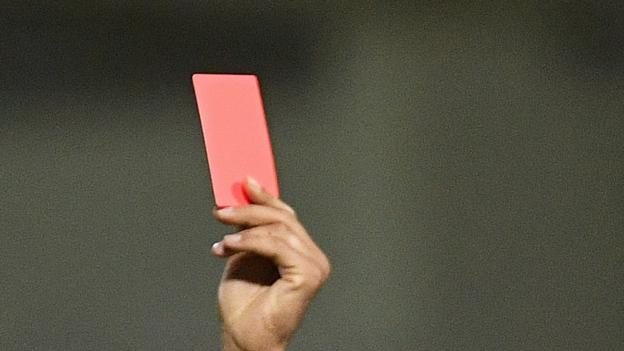 Players can be red-carded for deliberately coughing, say Ifab & FA

Players who cough in the face of other players or match officials can be red-carded, say football's rule-makers and the Football Association.

I play walking football & under the FA guidance for a return to sessions it specifically says amongst other things no spitting. Surely referees should apply this to the pros.

Almac said:
I play walking football & under the FA guidance for a return to sessions it specifically says amongst other things no spitting. Surely referees should apply this to the pros.
Click to expand...

I understand the sense in that. What I don’t understand is the human physiology that makes you need to spit when playing football intensely.
I have played a fair amount of sport in my life - and I am not a spitter in general- nor in other sports. But football- I don’t know what it is. I’ve done running races and surely a hard 400m, 800m or 10k - or longer - must be as intense as any football match but personally they don’t make me need to spit. Maybe it’s the stop-start nature?

I would just question if it is practical to ban spitting in a high intensity match. Worth a try maybe. Perhaps sanctions for breaking the rule should, for a trial period could be an appropriate club fine if too many offences take place. Or if they feel the sanction must be against the player, I would change a rule/law to give an indirect freekick rather that rush to give yellow cards.
You must log in or register to reply here.
Share:
Facebook Twitter Reddit Pinterest Tumblr WhatsApp Email Link
Top