europne said:
On ones like the egg rolling and the market scenes etc have you noticed virtually everyone was a hat or cap, men, women, children and babies all have some form of head covering.
Click to expand...

Compared to face masks now....
B

europne said:
So sometime between maybe 1920 and 1950 the bridge has been rebuilt, I would guess at the same time as the embankments were filled in over the arches.
Click to expand...

Easter Monday c.1929. Temporary scaffolding is in place on the East Lancashire Railway bridge, possibly in connection with the replacement of the cast iron arch bridge spans. These were replaced with steel girders in 1930.​

Easter Monday c.1929. Temporary scaffolding is in place on the East Lancashire Railway bridge, possibly in connection with the replacement of the cast iron arch bridge spans. These were replaced with steel girders in 1930.​

beagleman said:
No mobiles, leggings, chavs or rapscallions..... Loved to have lived then.... Apart from the rickets, low life expectancy, cotton mills, impending world war and living on tripe.... 😁
Click to expand...

Patron
Winston Churchill in Preston. Which street corner is that in Fulwood?? 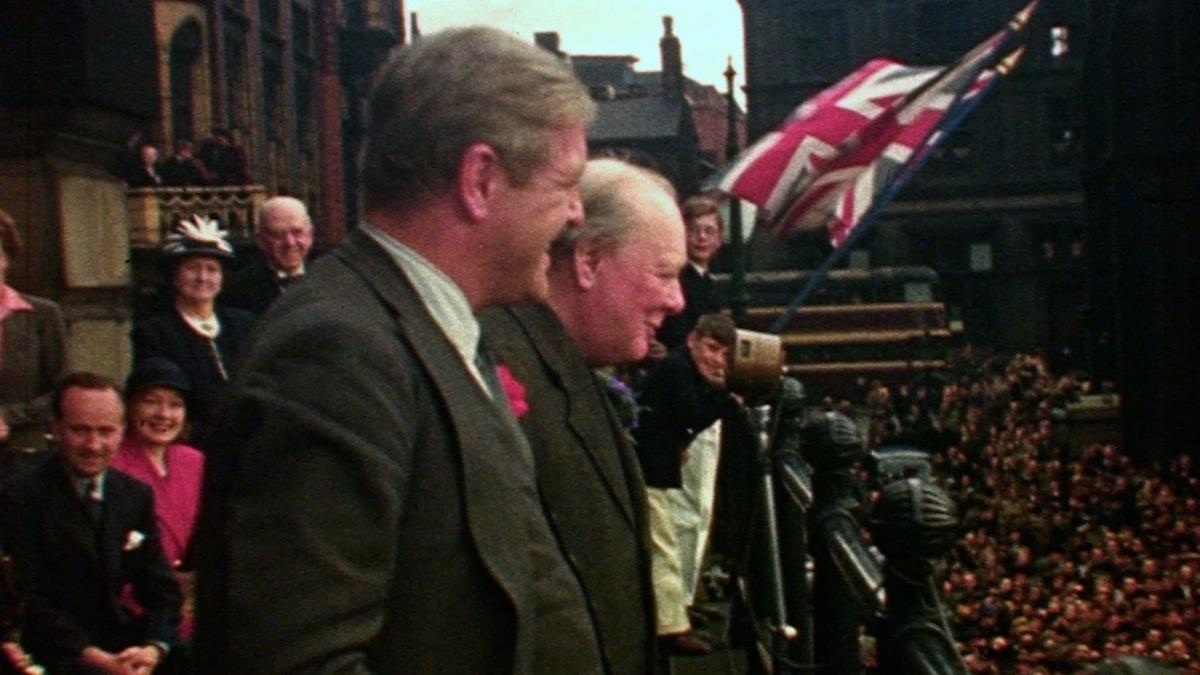 Winston Churchill visits Lancashire, in the closing days of his premiership and the last months of the Second World War.

pnewortham said:
Winston Churchill in Preston. Which street corner is that in Fulwood??

Winston Churchill visits Lancashire, in the closing days of his premiership and the last months of the Second World War.

Coming down watling St road and turning onto Garstang road, I think.

Patron
Saw this posted elsewhere, I have seen this and often wondered what the story was:

The boat in the bank.

If you were to take a stroll along the north bank of the river near Freckleton you may come across this interesting artifact sticking out of the embankment. She is the former steam paddle tug ‘Douglas’ and has an interesting history.

She was built by William Allsup at his Caledonian shipyard at the bottom of Fishergate Hill in November 1885 at a cost of £5,351. Along with her sister vessel ‘Ribble’ these were the first two tugs owned by the corporation for the new dock enterprise.

Sadly, she was not a success, her machinery being too powerful for her hull and was converted by her builder into a lighter in 1897.

During WW1 she was requisitioned by the government and made frequent trips between Liverpool and Preston carrying wheat. During the second week of November 1927 the Fylde coast suffered from a series of storms and unusually high tides. These two weather events conspired to create a breach of the flood barrier opposite Freckleton Farm.

Attempts to fill the breach failed several times due to the scouring effects of the tide. A decision was made to fill the breach by sinking the lighter, since renamed ‘River Douglas’, in order to provide a firm foundation from which to work.

On November 18th 1927 she was towed into position in the gap and then unceremoniously sunk. During the next few months she was gradually covered over and the bank rebuilt. In recent years bank erosion has exposed her bows but about 125’ still remains buried in the embankment

Henrys Cat said:
Some fantastic photo's from everywhere around Preston of Old, including the docks on the Preston Digital Archive website

Thanks for posting that link HC.... I love a good old photo of Preston

Spot on Raef.... the Withy Trees used to be diagonally opposite that church on the corner of Watling Street Road....
OP

Patron
They worked hard in them days. We have a lot to thank them for. Can you imagine if we had to deal with the same situations today? Thanks chaps, we owe you our freedom.

Staff member
Patron
I've ridden the motocross track on the docks since the mid eighties when it began, I'd love to see some photos from the early days.

Patron
I'm sure there were two? The first one was on the south bank at the Howick Cross road entry. It was unofficial but very popular. Later in the eighties across on the north bank a new track became popular.

Staff member
Patron
Yeah it was the one were trax is now, it was an illegal track back then but mega popular, i can't find any pictures from it from the 80's, the pic above is on Cuerden Park late 70's.
Share:
Facebook Twitter Reddit Pinterest Tumblr WhatsApp Email Share Link
Top