The Magic of the Cup is a live

Patron
Near where I live is a None League club that dared dream of making it to the Fa Cup round Proper. This year they did for the first time in their history. Bowers and Pitsea are a rising club in the Isthmians Prem league. Off they went to Lincoln and nearly caused an upset. sadly not to be. However the Magic of the Cup will live on for them. Because although Pitsea is rough and some parts are a no go area. Thanks to the generosity of Lincoln City, the place is buzzing, smiles all round.

From the moment the cup was drawn, Lincoln City was in touch with local area gathering information, etc. But what will stick in the memories for many is the welcoming nature, by all at Lincoln, including Michael Appleton, who sat down with the Non Leagues after the match and shared a Beer. Then Lincoln topped it off by donating the profits to Bowers and Pitsea.

Who says there is no more Magic in the Cup. 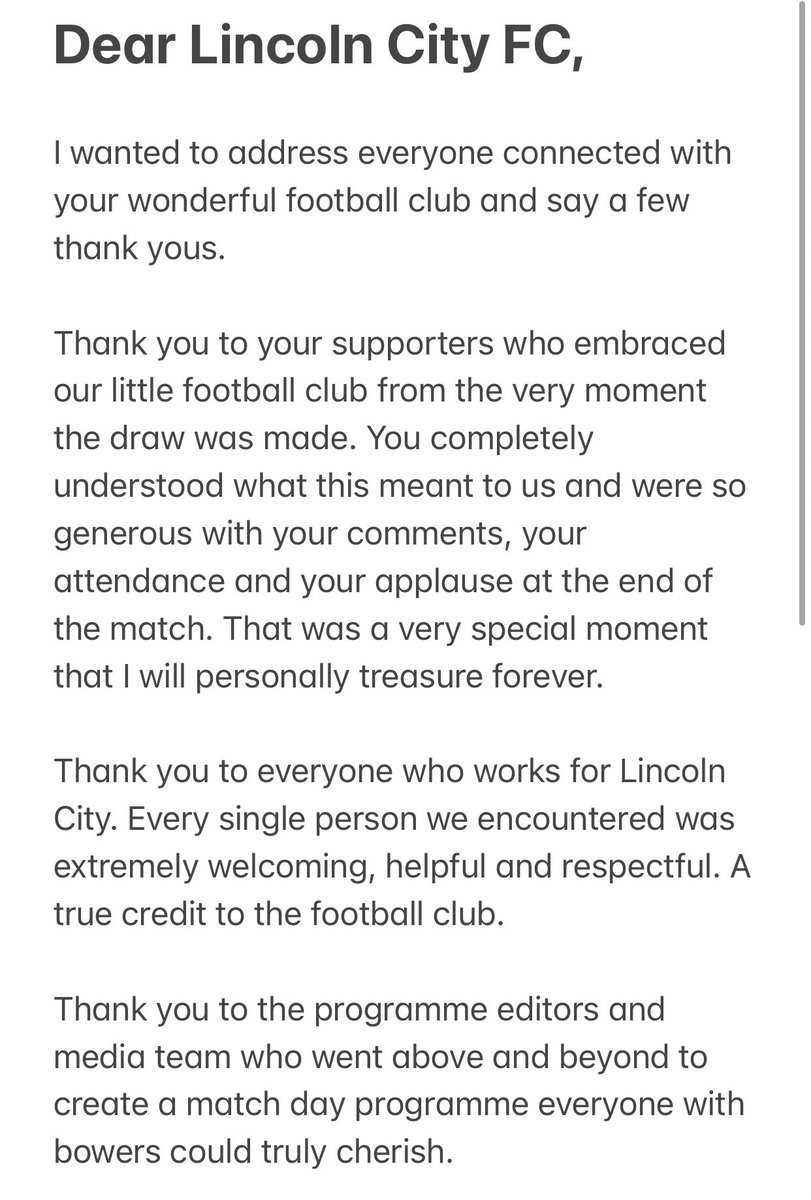 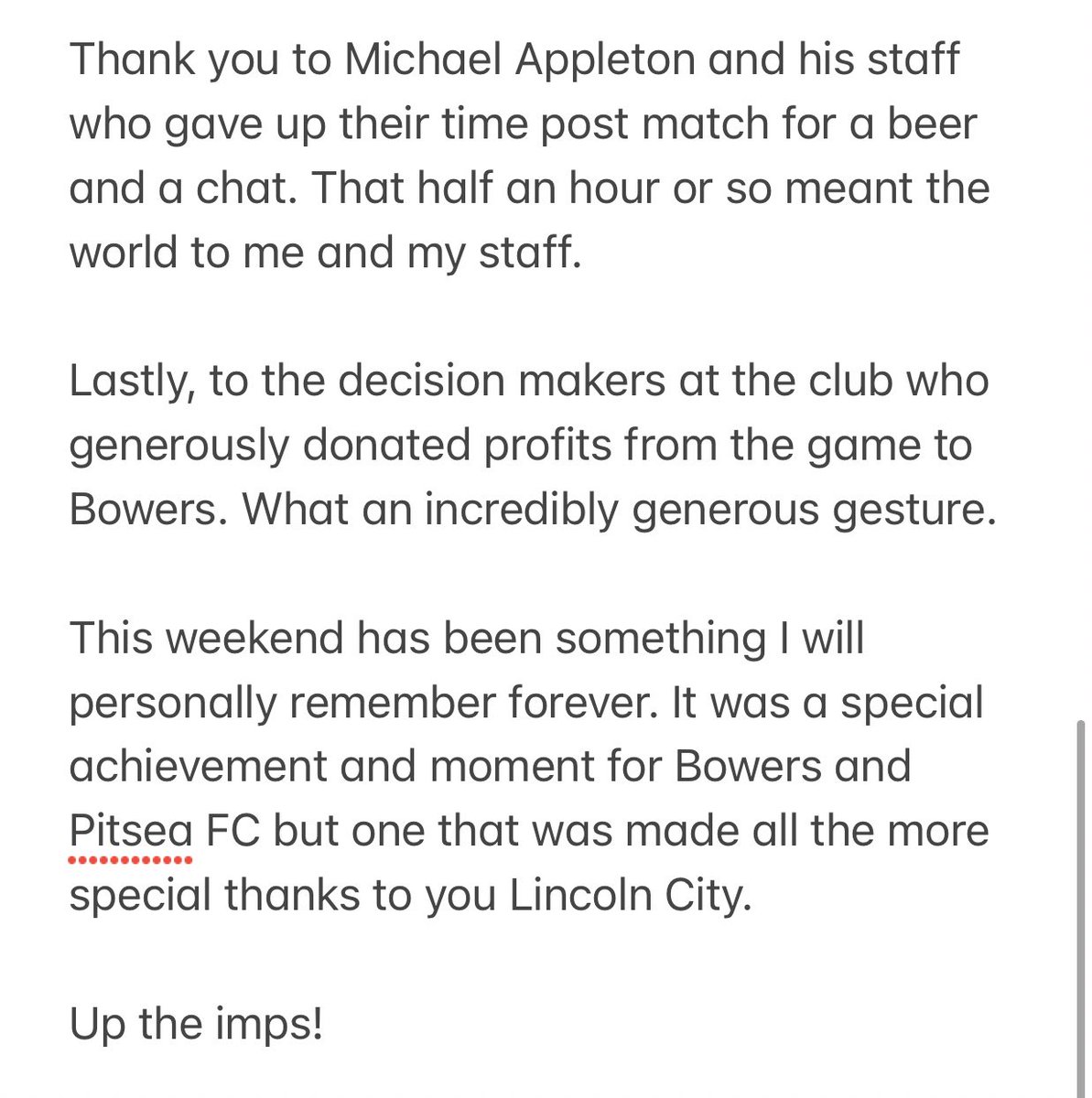 Patron
A live what?🙃
Whole game on Terrestrial TV ?